Two-Stage Steam Jet Ejectors have the same general field of application as the single stage units. They handle both condensable and non-condensable gases or vapors, as well as mixtures of the two. The general operating range is between 5" Hg. abs. and 3 mm Hg. abs. Depending on conditions, however, a single-stage unit may be more economical at the top of the range and a three-stage unit near the bottom. 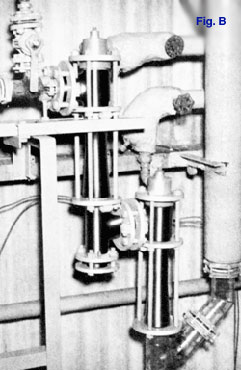 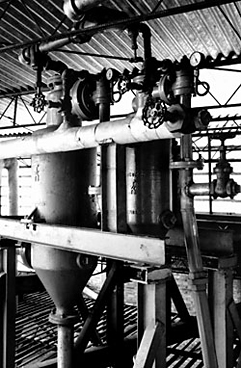 Four, Five and Six-Stage Steam Jet Ejector units are used for applications where required suction pressures are beyond the range of the ejectors previously described. Generally, suction pressure ranges are as follows:

The four-stage is similar to the three-stage unit except that another booster ejector is added. In the four-stage, the primary booster is steam-jacketed to prevent build-up of ice on the diffuser internal bore.

The booster ejector diffuser should normally be steam jacketed when design suction pressure is less than 4.6 mm Hg. abs.

Typical arrangement of a Three-Stage Steam Jet Ejector with a Steam Jet Booster.